‘I got a career from the Daily Beacon’: Marshall Ramsey reflects on newsroom career, time at UT 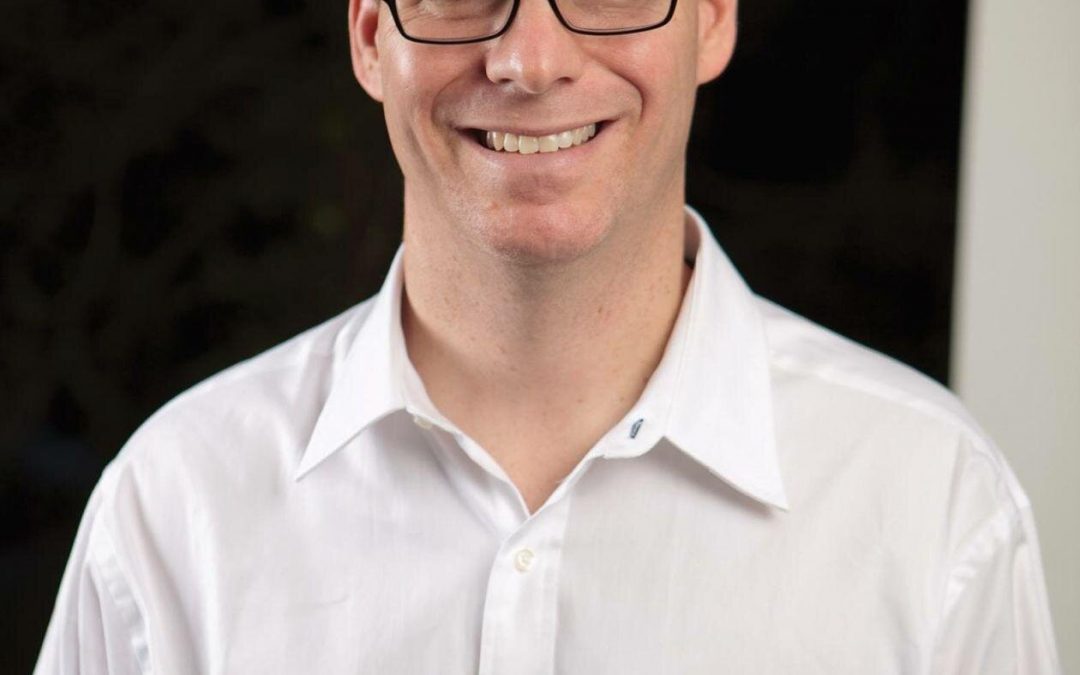 It was 1980 when Marshall Ramsey saw his first UT football game.

The Vols attempted to fight off the Georgia Bulldogs, who made the trip from Ramsey’s home state. Neyland had expanded to 98,000 seats, and despite the Vols loss, seventh grade Ramsey knew UT would be his college home.

“I just looked at him (Ramsey’s dad). I said, ‘I’m going to go to school here,'” Ramsey said. “So I continued on, you know. I thought, ‘well I might even play football,’ but that was ridiculous. I should have known better on that.”

Counting out a football scholarship, Ramsey did receive an alumni scholarship, gaining a one-way ticket to Knoxville for the fall of 1986. Ramsey found residence in Greve Hall, “which is thankfully not a dorm anymore.” Living on the third floor with no air conditioning, Ramsey found comfort in the leadership of his RA, Rusty Gray, who was also student body president.

It was Gray who pushed Ramsey to try his hand at cartooning for the Daily Beacon, which led to a lengthy career at the campus paper. Ramsey told his advisor that he’d like to try out to be a cartoonist for the Beacon, but the advisor warned there may be one already.

Soon, the Beacon printed his cartoons every once in a while before Ramsey started a comic strip. The comic strip, which according to Ramsey didn’t find favor with the former Editor-in-Chief, landed Ramsey a daily cartoon. He printed the cartoon for the rest of his college career.

“I wouldn’t be sitting here right now if I didn’t do the cartoons at the Daily Beacon,” Ramsey said. “I mean, I always give it 100% credit.”

Ramsey’s day started at 6 a.m. when he’d get up, then go to class. Eating between classes, Ramsey would find himself in the Daily Beacon newsroom at 2 p.m. where he’d work on his cartoon until 5 p.m. From there, he’d help paste the paper, working until about 10 p.m. each evening. After the paper was finished, Ramsey would head to his gig on the Strip, where he’d play harmonica at a bar.

This routine, which Ramsey followed almost every year of his UT career, was enhanced by the hours he spent at the Beacon, Ramsey said reflecting on the lasting friendships and connections made through countless pizza-party-print nights and hangouts.

“There would be papers where I could see tomato smudges on the papers and stuff like that. You know, along the cause they put the press with tomato pastes on them from the pizza,” Ramsey said. “But I loved it. It was just great.”

Former Beacon Production Department Head Eric Smith remembers Ramsey’s cartoons fondly, adding that “he skewered a few sacred UT administration cows more than once” and didn’t back down from opportunities to depict what he saw as campus and local issues.

“I think he was, at times, surprised at how his body of work grew to so many cartoons. He kept the originals and saw them grow in quantity,” Smith said. “I can say that can be surprising, to one day wake up realizing one has created a mass of work, hundreds, thousands of images over a relatively few years.”

On top of his time at the Beacon, Ramsey also credits his collegiate success to professors and advisors who helped him as he navigated a business major as a result of missing the mark on a required course for upper-level communications classes.

“I always wanted to check them for wings cause I’ve always thought they were kind of angels because they were sent to rescue me,” Ramsey said.

Graduating in 1991, Ramsey struggled to find a newspaper job, knowing that his passion lied in political cartooning. His post-college career led him first to Pope High School in Georgia, where he was a janitor who rolled around a barrel with his diploma attached.

After a six-month “pity party” and a Sunday sermon about the parable of the talents, Ramsey decided to take charge of his life and enrolled in art classes at Kennesaw College. While at Kennesaw, Ramsey produced cartoons for the student newspaper, and won the “Heisman Trophy of Political Cartoonists:” the John Locher Memorial Award.

His time at Pope High School paid off when a woman he worked with recommended him for a position with the local paper in Marietta and when another set him up with his now-wife of 26 years.

“I think I really learned the importance of work ethic,” Ramsey said. “And also I can clean a tile floor better than just about anybody.”

Knowing he now a fall-back of tile floor cleaning, Ramsey began to take leaps and bounds on a career that has led him to different corners of the country. From Marietta, Ramsey took a position in Texas, where he got back to his roots.

Producing three cartoons a week, Ramsey’s work was syndicated to reach an even greater audience. “I went from being a janitor to being in the New York Times within a two year period.”

After two years in Texas, Ramsey moved to San Diego, where he was the creative director. From there, Ramsey went back to the South, where he spent 23 years at the Clarion-Ledger in Mississippi, which is a part of the USA-Today Network.

During his 23 years, Ramsey was a Pulitzer Prize finalist numerous times, and was eventually made partner. Ramsey also survived cancer during his Clarion-Ledger tenure, and with the help of his father, learned to turn his stories of failure into stories of success.

“(My dad) said, ‘We’re going to make your story about how you beat cancer, not how you had cancer.’”

“You’re going to go through some jobs, you’re going to have to work hard, you’re going to face a lot of disappointments and you might even fail,” Ramsey said. “But just make sure you learn everything you can at every step along the way because you never know when you’re going to use it and always reframe the story to where it is yours, to your advantage.”

Smith, who has remained close with Ramsey since their time at the Beacon, noted that while melanoma cancer was scary for Ramsey, he thought it motivated him to live everyday to the max after his survival.

“He did joke about having to mow his lawn at night to avoid the sun, and took death threats aimed at him over his political cartoons seriously but in stride,” Smith said. “He’s very self driven, and I do worry that he can burn himself out. Talking about this, I’m amazed that he’s done as much as he has, and so well, for so long.”

And that’s just what Ramsey did when shortly after his survival he was made part-time with the Gannett-owned Clarion-Ledger.

“That turned out to be the best thing that ever happened to me. I’m so grateful that they did that to me, Ramsey said. “I will always be grateful to Gannett for cutting my pay and making me get out and hustle.”

“I just learned resiliency and I learned how to pop back up every time I fell down.”

“The real world is not real,” Ramsey added. “It’s totally overrated. Now I’ll tell you what I mean: I don’t need be afraid of failure because it’s cause you’re gonna fail, but don’t turn it into a catastrophe. When you do learn from it, pop back up and you’re good.”